The church is built on land given for the purpose by Valentine Lawless, 2nd Baron Cloncurry, whose summer residence was nearby Maretimo House. The building of the church commenced with the laying of a single foundation stone on the feast of St. John the Baptist, 24 June 1842. Building completed in 1845 and the church was dedicated on 14 September 1845 by the Most Rev. Dr. Daniel Murray, Archbishop of Dublin.

The church was built as a replacement of the chapel of the Carmelite monastery on Sweetman’s Avenue. The old chapel was demolished and another chapel built in its place which can now be seen as part of the Blackrock Hospice. 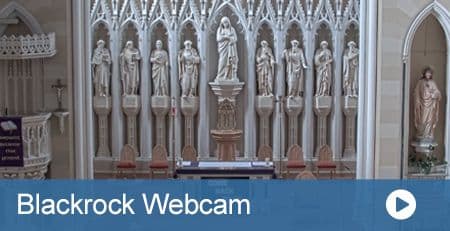 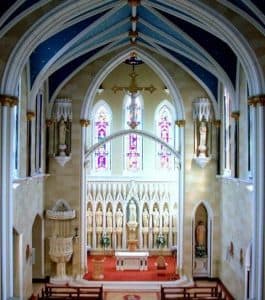 Visit Gallery
Pictures of our Church
see all galleries